skip to main | skip to sidebar

Good to see these plants are happy together, but the good time is not for always, soon the summer sun will come to burn the greenery because this tunnel greenhouse functions like an oven in summer.  XD 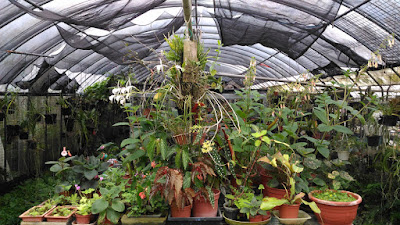 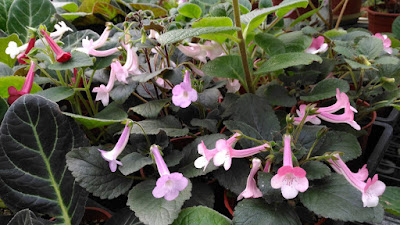 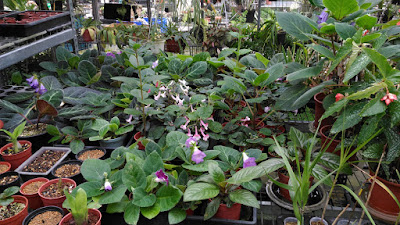 As I mentioned before, this variety is not special for its color but good at producing blooms. The flowers almost cover on the foliage, what else ? 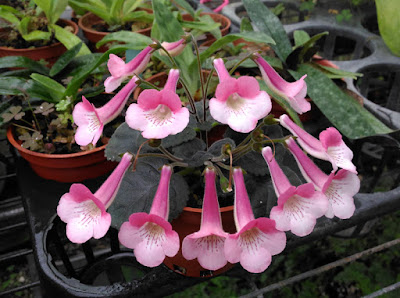 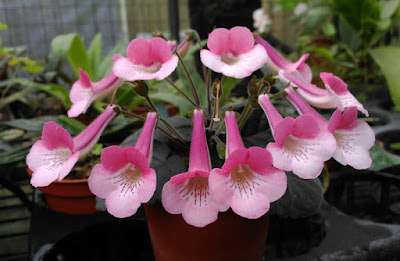 "The striking flowers are well-performed on a neat foliage platform." This is my first impression about this new hybrid of miniature Sinningia. The plant itself is in a balance, very compact and floriferous. 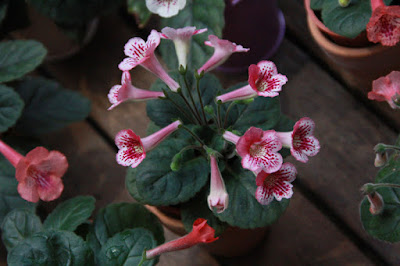 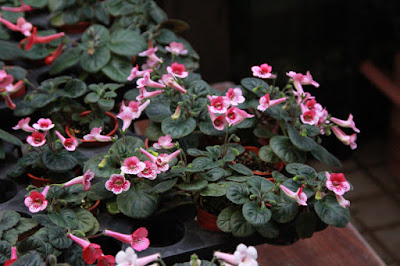 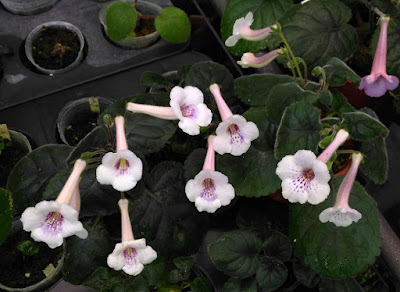 The eastern Aeschynanthus plays the similar biologic role as the western Columnea does. So they have similar requirements for habitat and they also look like each other. I had a chance to visit a nursery and luckily I saw them both in bloom. 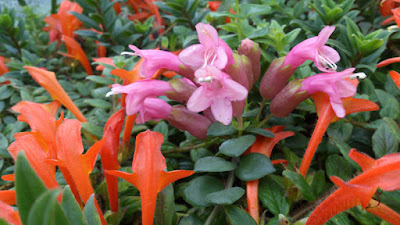 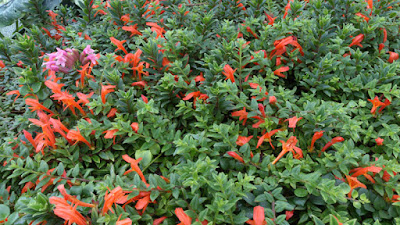 I got another Sinningia guttata last year and I just knew my old one is a bit different. Despite the color, the difference between the flower size is easy to be compared. 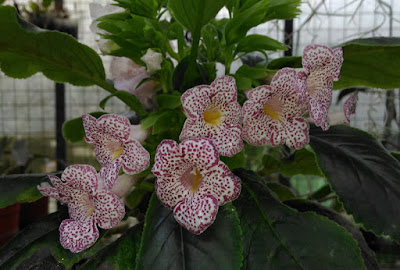 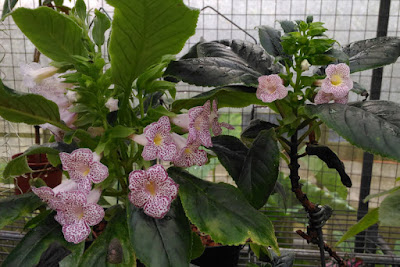 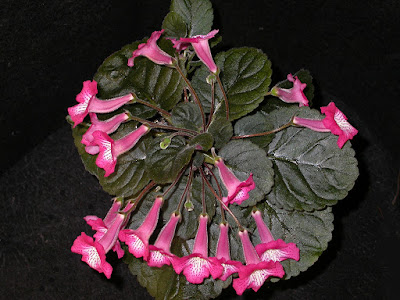 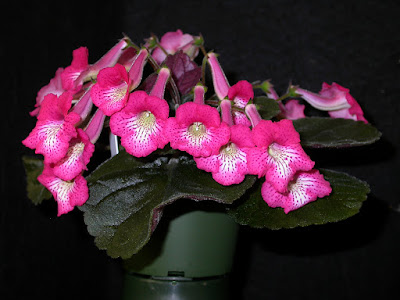 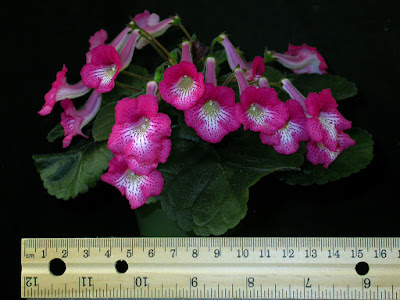 This miniature Sinningia was from my hybrid work but I never grow it. In fact I provided some seeds to my "Pirate's Partner", then he sowed and raised the seedlings, he did selection and named this plant as well. In a certain occasion, this beauty was shared to Ms. Dale Martens in the United States. That's why nowadays the people know this cultivar well because she did a great grower's job and introduced it to the public. Thanks to Dale.

The start of my miniature Sinningia collections began in 2006, our own hybrids bear the alpha name "Pirate's". But why "Pirate's" ? There is an interesting background. When I started to pollinate miniature Sinningia, I have a few plants only and there were not many available varieties in that time as miniature Sinningia was a newly introduced gesneriad cultivar in Taiwan. It was hard to get mini Sinn. within the island but fortunately Dolly ( famous Taiwanese grower who owns the website http://www.dollyyeh.idv.tw/ ) went to AGGS (or TGS today) often and brought some miniature Sinningia back. I shared the same greenhouse with her before, so I had the chance to "steal" the pollen from her plants while they were blooming. But such "stealing" was agreed since she knew I was trying the hybrid work of miniature Sinningia. OK, since I "stole", then my achievement should be something like piracy, the proper alpha name for my series must be "Pirate's" instead of any alpha name related to my personal property.

I am glad to see that many new creation of miniature Sinningia are announced day by day. This means I have more chance to choose the "Ready" plants for just grower's fun and this is what I was eager to do in the past when it was difficult to get a qualified miniature Sinningia.

Taipei Gesneriads Show on 1st May 2016

Here are some photos of the display tables and show plants. A lot of people in the show room as usual, just quickly took the pictures while most people were out for lunch.